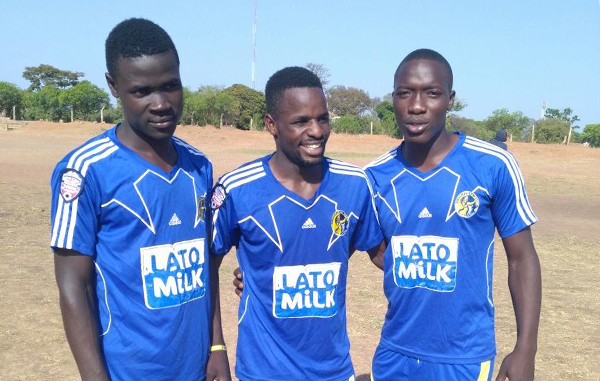 Posted at 17:07h in Marketing & Promotion by moderator

Lato Milk is proud to sponsor Kawempe based premier league club Bright Stars FC ahead of their 2016/17 season which kicks off 19th August. The new jersey was officially revealed to the media on Wednesday morning at the Midcom offices, Acacia Avenue in Kampala.
Mr. Shayam Kotech, Director, Lato Milk said “I am very delighted to partner with Bright Stars football club. They are a very organized and have a big following to give our company mileage as we also start the journey of venturing into football.”The event was also attended by the Fufa president Eng. Moses Magogo who hailed the deal noting it’s one of the eight pillars of football development towards pro agenda.

“I don’t’ think there is any person happier than me. This is in line with the agenda of professionalizing football. I am very excited that clubs are getting partners and sponsors in line with the eight pillars of football development,” Magogo said.